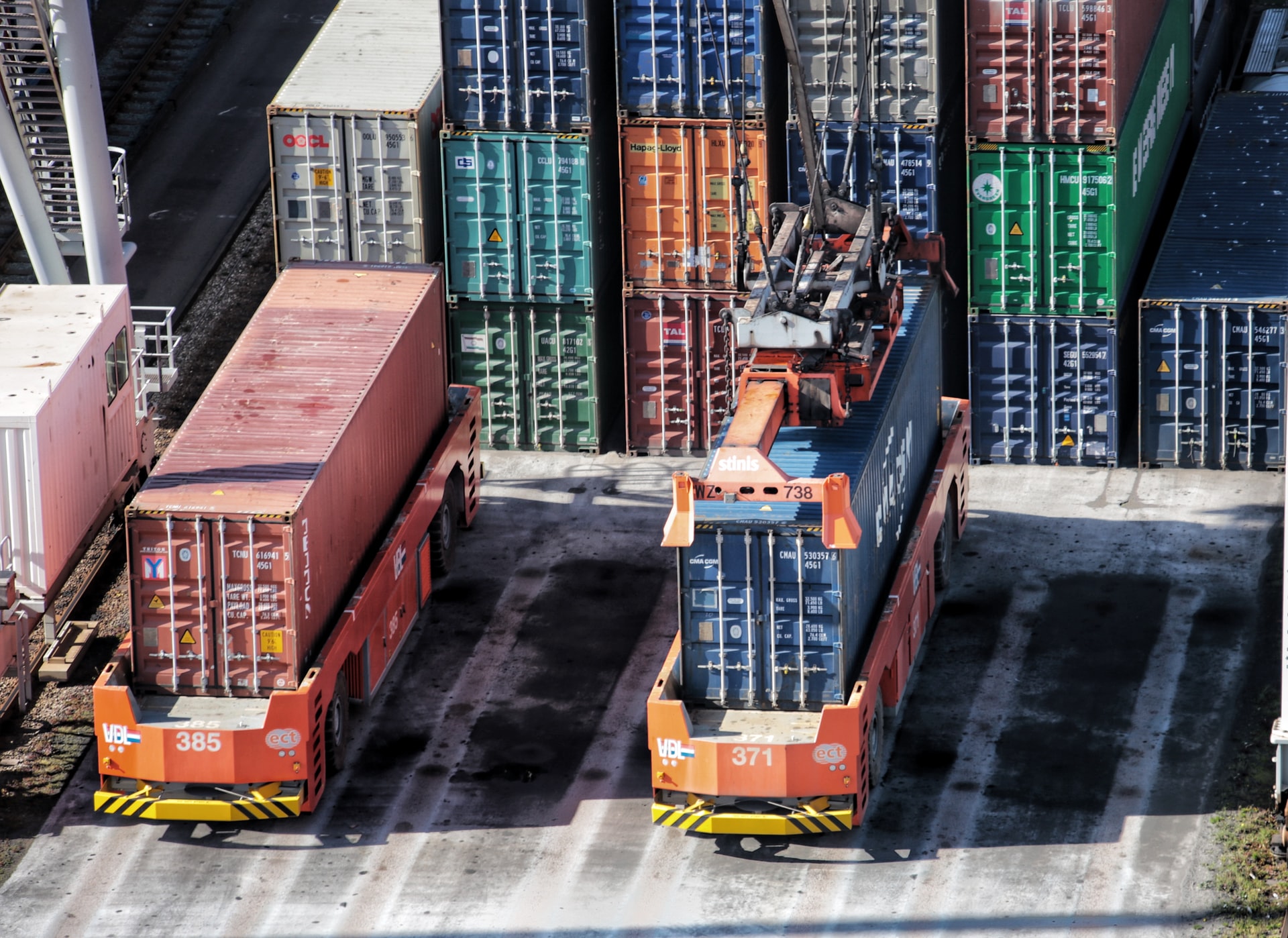 If you’re new to the trucking world, you may have heard the word “drayage” and wondered what it meant. In this guide, we’ll explain what drayage means and what it is in the shipping world.

The term “drayage” simply means the transport of goods over a short distance. The original drayage definition was “transport by a sideless cart.” These carts were known as drays because they were pulled by dray horses.

Historically, these sideless carts were only used to move goods a short distance. Although dray horses could move heavy loads, they could only travel so far with them. Dray activities generally occurred at ports, but later on, they were also carried out at canals and railroads.

We used dray horses and carts to move goods from the 1500s through the 1900s until the automobile took over. Fast-forward to modern times, and the dray horse has been replaced with the semi-truck tractor.

The word “drayage” can also refer to the fees charged to move containers over short distances. Drayage companies charge separately for this service.

What is Drayage in Shipping?

If you ask someone what “drayage” means in the shipping industry, you’ll probably get multiple answers. However, it’s a term that’s most often used in the shipping container industry.

Generally, drayage is considered “the first mile,” and it’s one of the most important parts of the shipping process. If something goes wrong during this step, it affects the entire shipment. Drayage is what gets the ball rolling, so to speak, to get goods to their final destination.

Drayage loads are typically picked up and dropped off in the same metropolitan area. You likely won’t find drayage loads moving across the country or even across the state line.

Drayage services may include:

Drayage is often classified based on the services that it links. The shipper determines which type of drayage will best meet their transportation needs.

Some industries may require specialized drayage trucks for their loads. For example, industries with heavy loads may require dray trucks with a low chassis to support the weight.

What is a Drayage Truck?

A drayage truck is a semi-trailer truck used to transport goods. These trucks are diesel-fueled and heavy-duty. They’re used to transport containers and bulk freight between distribution centers, railway facilities and other locations.

Drayage vs. Cartage: What’s the Difference?

While similar in some ways, drayage and cartage are two different things.

Cartage is the handling of specific content within a shipment or unit. Documentation for cartage is also different and will usually require an agent.

Why Drayage is Crucial to the Shipping Industry

Drayage is a multi-billion-dollar industry. The U.S. alone has several major ports, including ones in Los Angeles and Long Beach.

Without drayage, goods would not be able to move from their point of entry to their final destination. The sector plays a critical role in the transportation industry and the overall economy.

How are Drayage Fees Calculated?

There are several factors that affect the cost of drayage. These include:

These are some of the most critical factors that will impact the cost of drayage. Other factors may come into play, depending on the carrier and the freight being moved.

Drayage is an integral part of the shipping industry. Without it, goods wouldn’t be able to move from their entry point to their final destination. Now, the drayage industry continues to evolve thanks to technology. New tech startups are making drayage more efficient. 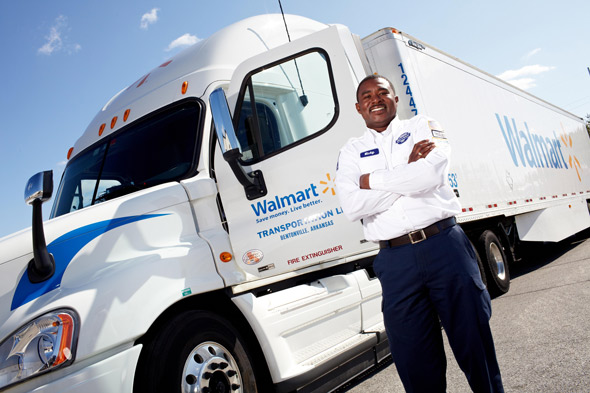 For a rookie, the trucking industry can be a tough place. Many new drivers are lured into this career path by the appeal of freedom, being out on the open road and making good money. What most new drivers don’t realize is that the average rookie truck driver salary is much lower than drivers who… 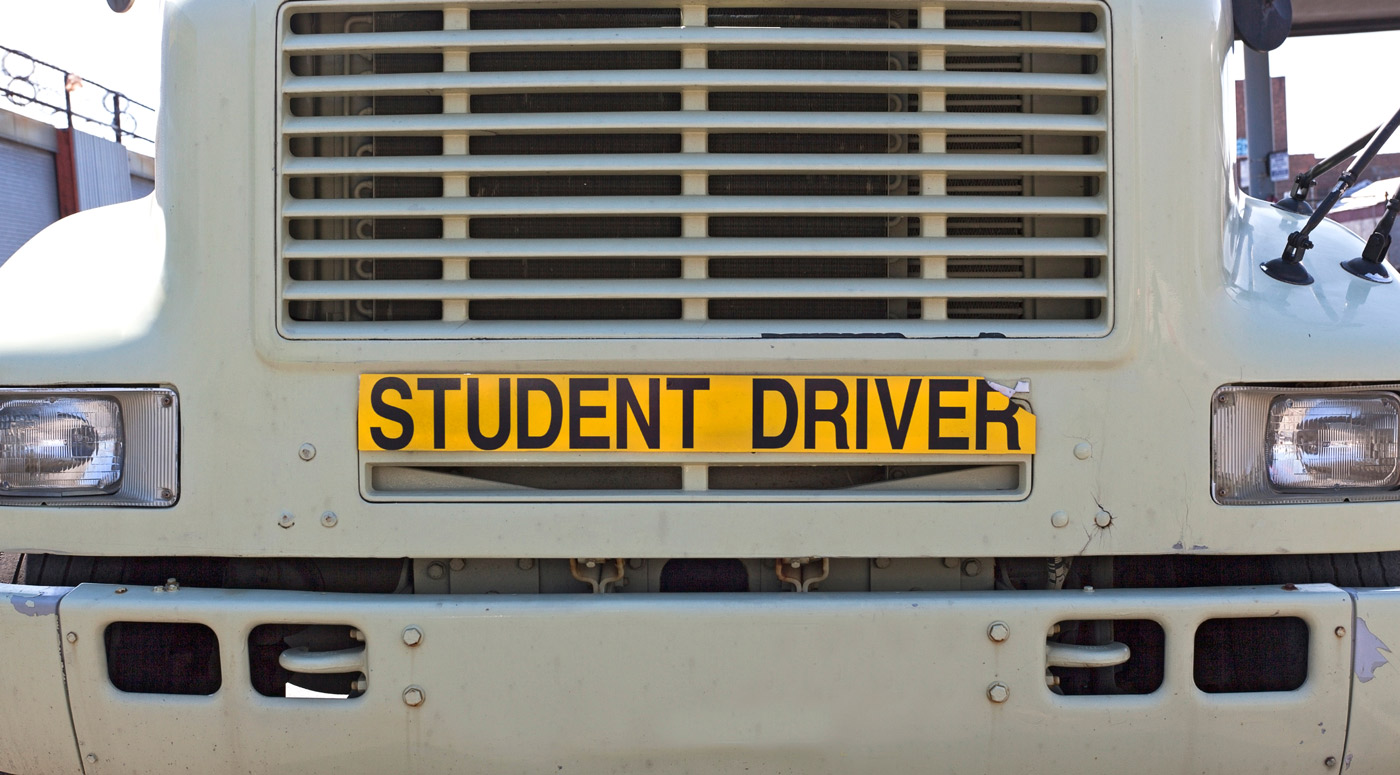 As of February 7, 2022, certain drivers looking to obtain CDLs or endorsements will need EDLT, or entry-level driver training. ELDT is a new mandate that went into effect this year. The EDLT mandate outlines a set of minimum requirements for new drivers. These requirements were set by the Federal Motor Carrier Safety Administration (FMCSA)…. 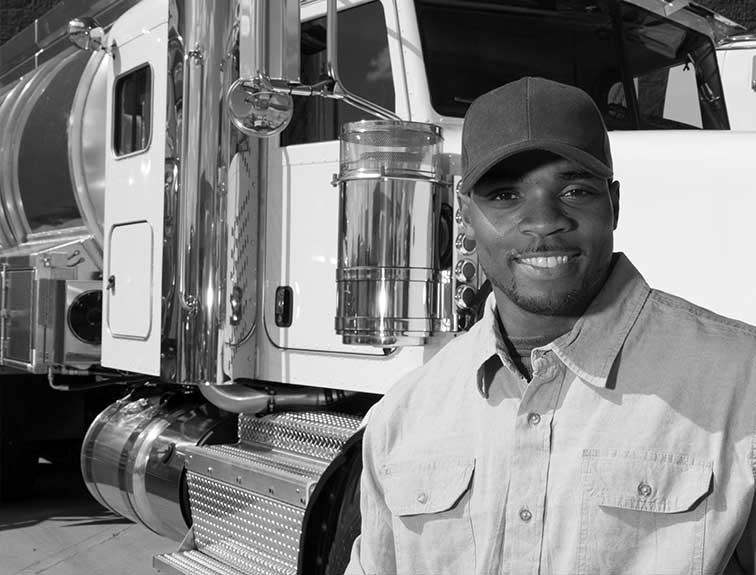 Getting your CDL permit is a quick and easy way to get started in a lucrative, in-demand career: trucking. Our research puts the middle 50% of drivers with a salary between $41,739 and $53,306 per year. With truckers in high demand, a Class A license will allow you to land a job with the biggest… 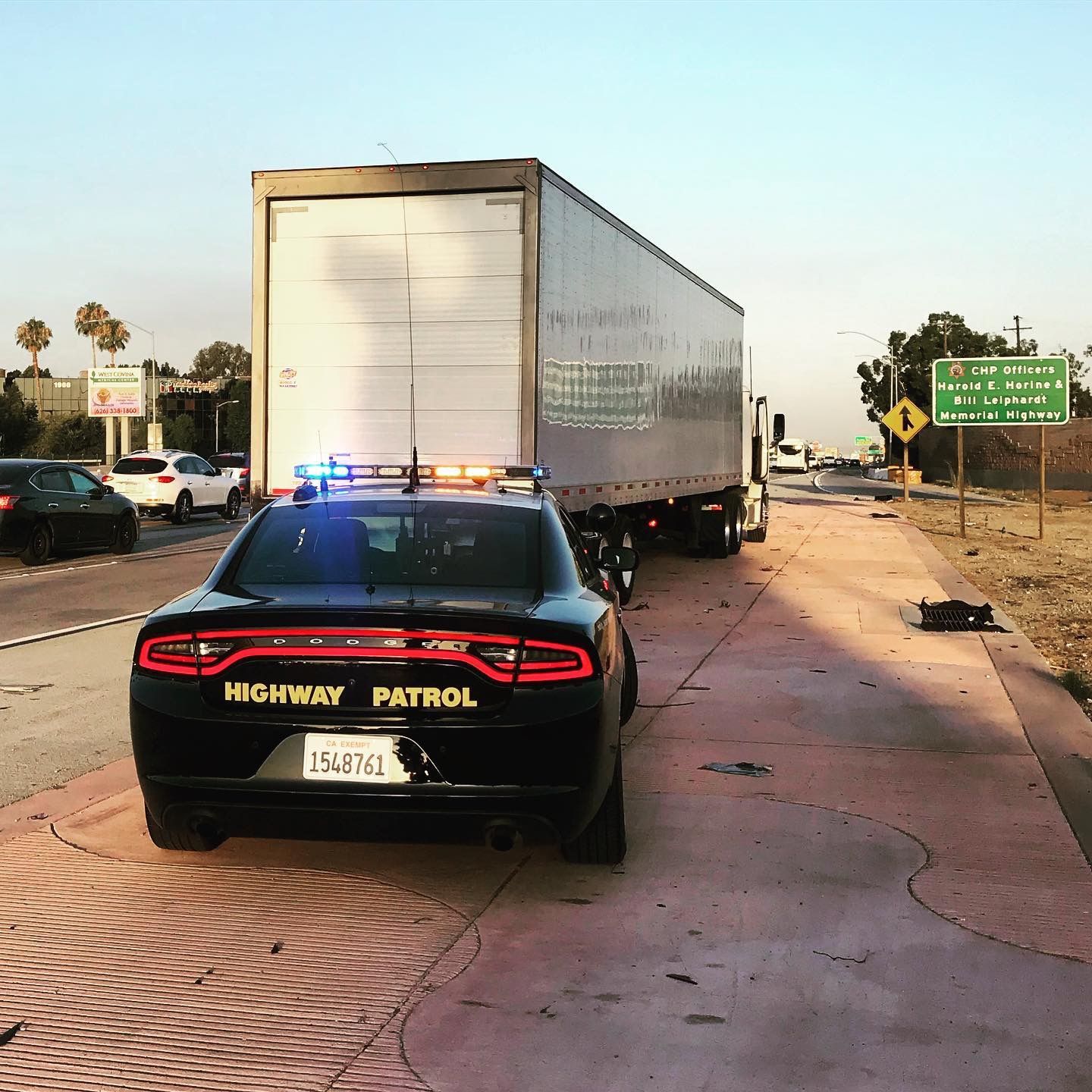 As a holder of a commercial driver’s license (CDL), you are held to a higher standard than the average motorist. For this reason, the fines and penalties for traffic violations, like speeding, are often more severe. It’s important to understand how a speeding ticket can impact your CDL and your career. Can You Get a… 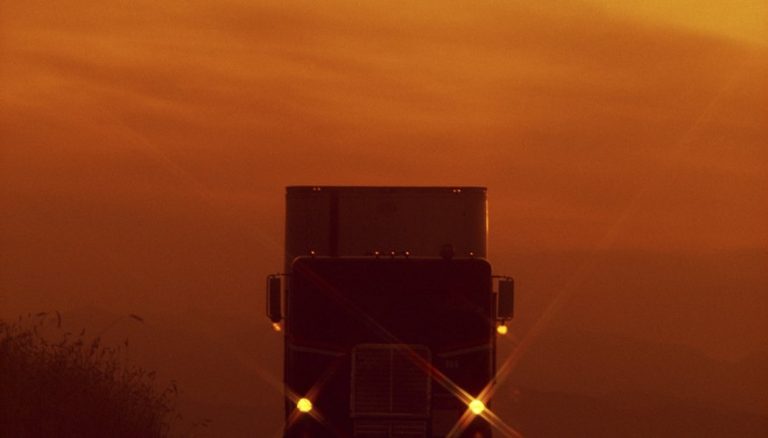 Do you have a truck, but no trailer? Power only loads may be a great option for you. Offering flexibility, lower maintenance costs and the opportunity to maximize your earnings, power only trucking is a becoming a popular option for owner operators and fleet owners. What is a Power Only Load? A power only load… 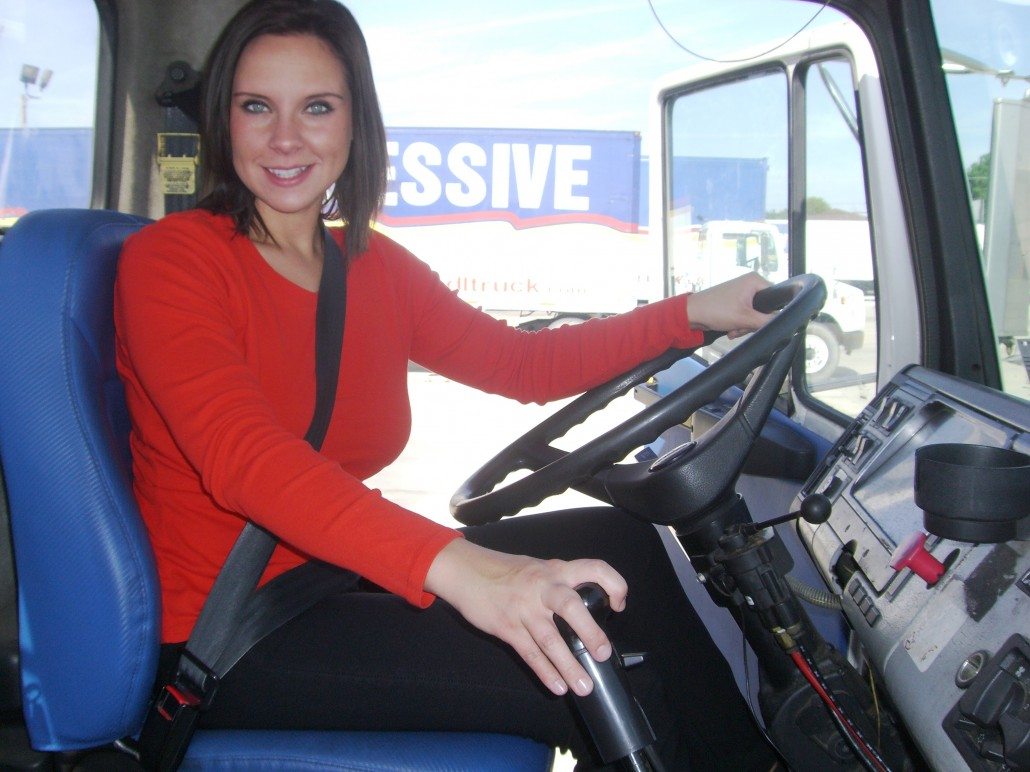